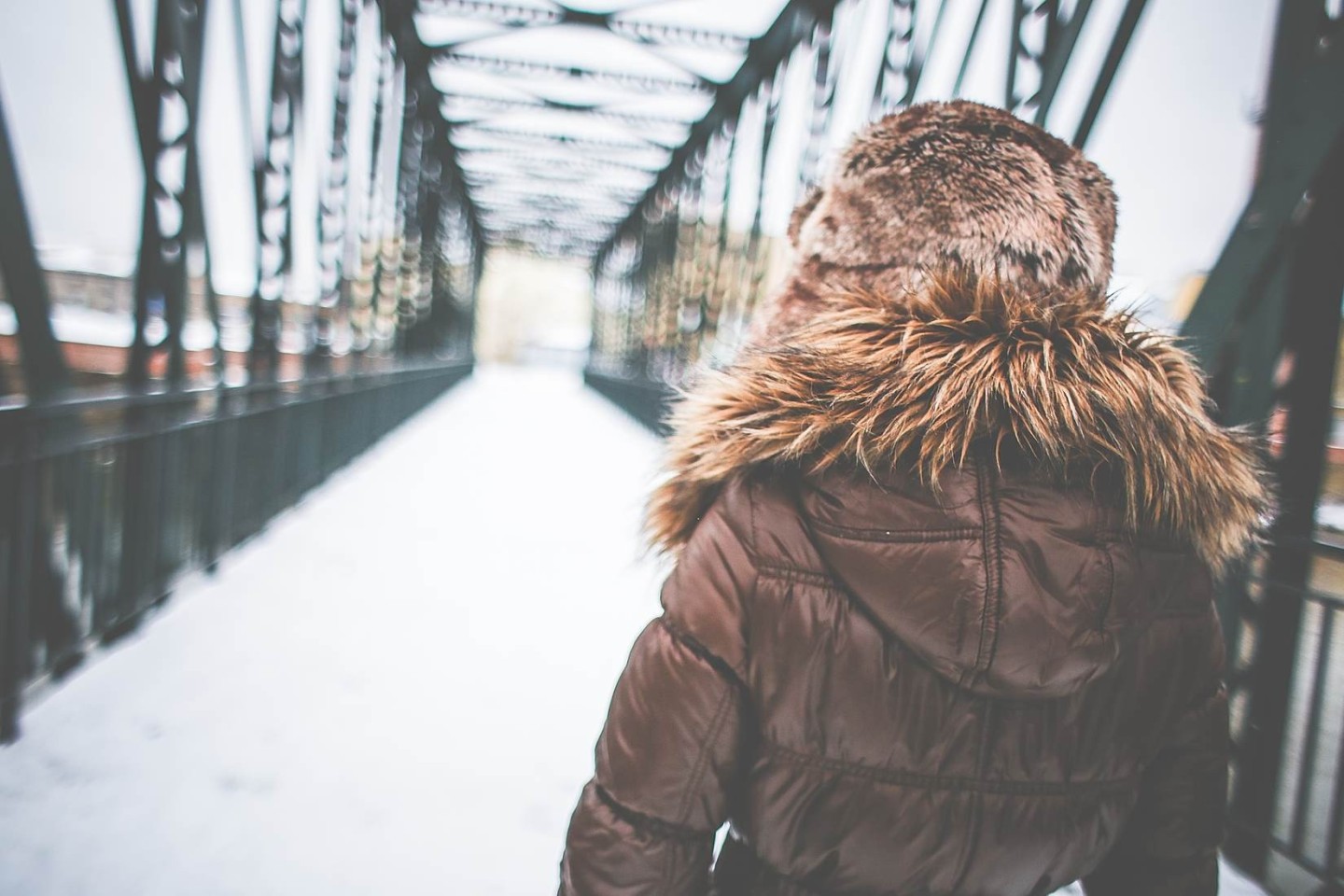 We arrived on the Monday, the first day, the rest of our lives begun in a chuff of diesel smoke as we pulled away from the airport gates. We’d waited for five minutes in the lounge. Curious faces hidden behind darkened stares our only welcome to shores where each new stream of arrivals disappeared into its own beyond. We were alarmed when you weren’t there to meet us. One short connecting hop and, deep in a foreign land, we were plunged like so much luggage down a shoot. It begun with a G like your name, but this could be anywhere and we could be lost. Out here with the small passage to exit signs it didn’t work to have just one look because how could you know you’d get the same chance again. I wouldn’t hold your eye at any other time but I was so tired. One day lost, or was it two, seven hours distant and you’re quiet now. Just waiting, and a little bit inside says you might start to worry. The crowd filters away as we tunnel across the parking lot and the heat, it is oppressive.

You hear your name and all of a sudden it’s go, bags slung in the boot, a few murmurs of assent and one translator, he’d just met her he said. Foot down and the city, or something like it, is outside the door. A driver was waiting to take you. Up streets with no name, across junctions that lawlessly spill loose, to your eyes it’s all meaningless anyhow. The air is a leaden grey and half-finished building blocks are lost amid rubbish and sweeping motorways that direct the new world beneath. Quick notes, things said, and you will digest at a later point. Not worth worrying about now, because then you’re stuck. For a moment you think of the future but it won’t stay, and it’s only because you’re older, not just tired that you do this.

The rear view mirror is a mouth, swallowing up whatever’s left, a portal, like there’s no way back. Out the window you catch a glimpse of someone, another life going someplace else. Fewer look back at you, your object of contemplation, for you’re safe behind windows and doors. Lines of traffic blur and introductions are quick, each a connecting plate in the barren jigsaw of your mind. Cars swap places and horns blow freely and this is something you’ll get used to, if only because it’s different. The air is kind of hazy, smothered by exhaust fumes tipping from cars. You don’t know where to look but your passenger is eyes set out the window and you wonder if this is how it all fits together.

The city swells before you, alive even if inside you feel kind of dormant. You didn’t notice the highways become streets but not a word’s been said in the last five minutes. The traffic’s worse than you thought and you haven’t bothered with a seat belt because why would you when no one cares. Shop fronts are just sounds and you’ve done a good job, but this language is like nothing and nothing you’ve ever known. Lights from office blocks and a thousand competing horns flash like thunder. Trees, there are none, save for the odd plucky bush nestled between lanes. People drift in and out of traffic, their faces unflustered like the clothes on their back. The air is still but a strange humidity fills your breath. You enter a side street, dimly lit and lined with market stalls. Among the throng of people, some space to exit the car.

The alleyway is awash with rubbish brushed brazenly to the side. The light rain has formed rivulets that dash down the gentle incline across dents and divots, through cracks and etchings in the road. You’re not sure where to look; you’ve a feeling of being watched. It’s 50 metres, no more, before a set of steps that leads up past open houses to the apartment. The air hangs heavy and if it wasn’t for you and the weather now I’d feel this welcome devoid of all comfort. You’re too new to notice the strange stares like questions repeatedly unanswered. The stairs exert an unfamiliar pull and is it three flights you ask, I hadn’t counted. Time has become strange but there’s a sense of urgency and things happening and passing too quick. Barely a chance to look around, your room, it’s nice, spacious, if a little on the dark. It’s the facilities though that hanker, could do with a little scrubbing up, and conveniences so freely taken in the past, denied you now. Outside the bay window, neighbouring blocks squash in behind halting rails, vacant stares into the dusk.

The damp that lines the corridor has spread a little inside. The door closes heavily and it’s like only your ears will hear it. Don’t drink the water and the rubbish, it’s collected from your door. I’ve spent endless nights in this living room, in my mind it’s all happened before. Dark times when shades are drawn and how many quartered bottles that linger on in the silence. Sometimes taking a walk some place and sometimes left alone with nowhere much to go. Out on the street and we’re in unspoken lands, reliant on you as much as any primal motive. Is it coming together or are you still skating, brushing past things that will face the dawn much later on? It’s not quite dark but evening is pressing and things are wrapping up or are they starting? People gloss the streets like so much candy, denied the child in you, for there are things to do.

It may as well be a main road and, after all it is leading somewhere. The buildings rise up like so many others, floor on floor, the sky a touchscreen target high above. Roof tops like pin pricks pierce the big blue, unashamedly unaware of impropriety. Bright neon street signs serve to highlight the concrete grey of the office block and the side streets plucked with puddles splash and slip their way along. Cigarette smoke floating out before you beckons as you enter the lobby and head for the lift. It’s several floors up and when you’re there you sometimes have to walk down a level, these lifts, they have a funny way about them. Other faces and mixing signs, elevated. Just look ahead and be done with it. Awaiting the ping of that 13th floor, your head is down, hoping a little, praying inside.

Nobody told me why we’d come, but then again neither had you. We were all a little empty perhaps, playing with the truth, looking to start anew. I sit here staring out the window, imagining the city beneath, abuzz with life and a thousand interactions conducted without the slightest care for you. You become a target, a point of interest, if only for a moment, before things move on. It’s been a few days and the stares, do they matter so much now? Did they even mean that much at all? Your thought travels back and forth, mimicking a kind of space voyage as you fumble with memories and half-spun truths. We’re separated like two trees.  But I like to think after the rain, we come together as a river, as a mouth finds its source.

The wallpaper is a murky grey and it seems to fit right now. The colours around ache unrequitedly, pouring all over as you choose to ignore. I can’t hear your cry above roof top howls and horns that resound into the night. The window looks out on new blocks rising up out of the ash, and the rain, it continues to pour on the guttering below. Outside, street vendors live on passionately, finding dedication in that simplest of truths. I want you to go and live a little, to feel the things you wouldn’t feel.

One evening I got lost, I took a path that led nowhere but deep into the dusk. Dark alleyways and mountain lanes that seemed to want for nothing but return to barren form. Scooped up by a stranger I was, tailed for miles and offered assistance in the strangest of tongues. Drip, drip, dripping, while all around was remoteness, eerie reflections off of street signs and refuse at the side of the road. How it breaks my heart tonight to find one simple craving wish fulfilled, the basic cry to slake your naked throat, and how long you’ve been waiting, how dearly it’s possessed. On romantic nights I note the plainness of my soul and come crying to you for help, to start all over.

Matthew Allcock is an English Literature graduate from Goldsmiths College, London (2009), and recipient of the Winifred Hyde Prize for highest mark in his session. Matthew was long-listed for the Cinnamon Debut Poetry Collection Prize in 2012 and for the Cardiff Review Short Story Award in 2016. Most recently, Matthew’s story ‘Over the Hill’ was published by Jotters United. Further writing may be found at mattallcock.blogspot.co.uk.