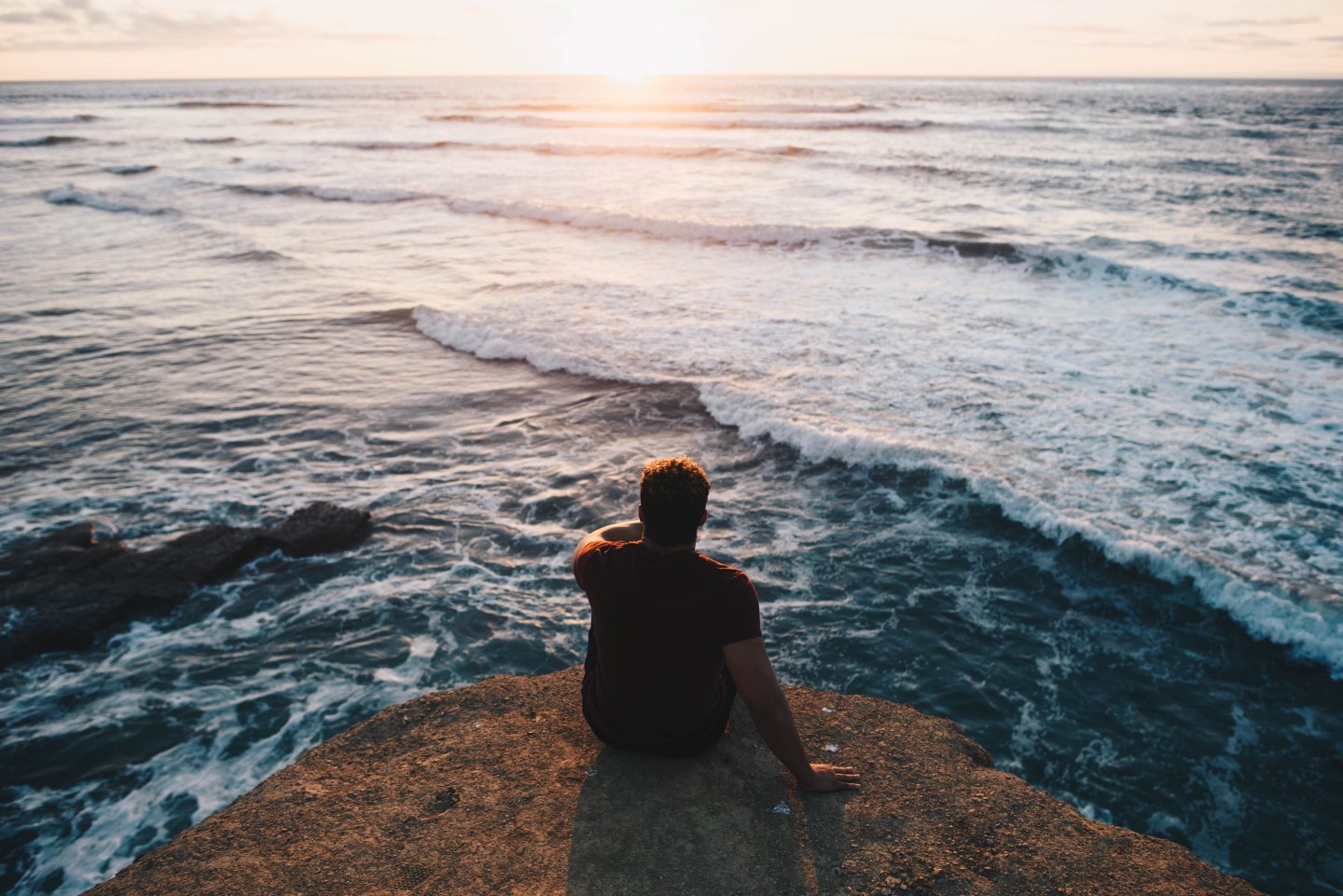 “What do you want out of life?” Doctor Taylor asked.

The overhead fan was spinning even though it was the dead of winter. Nothing seemed to make sense in that office but I always left feeling better.

“I dunno,” I replied. “I feel pretty good about things for the most part.”

“It means I’m still alive which is a miracle, and I’m healthier than I’ve ever been. I actually feel like a normal human being.”

“I don’t think I’ve ever heard you say that,” she said. “That’s good to hear. What makes you feel normal?”

“Just the way my brain functions. I actually understand what to say to people in conversations and what to do in social situations. It’s weird.”

“That’s good. I think we’ll end on that note. Have fun on your date tonight.”

I walked down the stairs and left the tall brick building where her office was. The parking lot was icy and slick and I kept my feet steady to avoid slipping.

What the hell do I want out of life? Why does she always know what I’m thinking. She’s a doctor and she’s a lot older than me. She’s probably been through all of this.

I drove to the restaurant with a million thoughts in my mind. Is Tara gonna want to move in together? What if she wants to get married? When do I tell her I have schizophrenia? Is that going to matter? Should it matter? What if it does? Then what? I’ve lied to her for over a year.

I pulled into the restaurant and parked next to her car. I always liked the dice she had on the rearview mirror. I liked gambling and playing dice when I was growing up.

“Hey, how’s it going?” I asked her as I met her in the lobby. She gave me a kiss and we were seated at the table.

“So, how was work today?” she asked. “You always get out late on Thursdays.”

“Yeah, it’s the busiest day of the week with paperwork. I can’t really help it,” I lied.

“I don’t think you’ve ever gotten out early on a Thursday,” she said.

I took a sip of water and wrinkled my brow as if I was thinking. My psychiatry appointments, which she still didn’t know about, had always been on Thursdays. “Come to think of it, I don’t either,” I said.

“You should take a Thursday off and just watch a movie with me. I wish you would just stop being so stubborn about movies. They’re a lot of fun.”

I wish I could watch a movie more than anything, I thought. Movies always caused me to hallucinate. I wish I knew why I couldn’t watch a movie either.

“They’re just not that realistic. They distort my writing,” I said. Part of me believed this as I only watched one movie in five years. I forced myself through it because I loved all the old Harry Potters; before I had schizophrenia. Sometimes while I was watching I could tell how they were different from real life.

“There’s gotta be one that you love?” she asked. Her eyes were always cheery. It was heart warming.

I tried to think of a movie I might be able to lie my way through. I don’t think I have to lie about not having watched a movie as long as she doesn’t know the reason.

“I liked the Harry Potter movie,” I said. “It was pretty well done.”

“I’m going to force you to watch a movie tonight,” she said.

“You always know how to make me laugh,” she said. “What are you getting for dinner?”

“I think I might get the chicken caesar wrap,” I said. “I’m still on the health binge. What about you?”

“I think I’m going to get a house salad,” Tara replied. We held hands.

“I think we have to talk more before ordering one of those,” I said.

“What do you mean? It’s just a salad,” she laughed.

“I know it seems like a simple task,” I said. “But there’s so much to talk about with moving in together.”

“There’s not that much,” she said. “I wanna live with you and I always get what I want,” she said.

“Well there’s furniture, and location, and sleeping arrangements. I’m not allowed to have sex until I’m married so remember that you wily temptress.”

“That went down the drain the first night we met,” she said. “So what is it you want to talk about before moving in together?”

I took a sip of water to give myself time to answer. I don’t have an answer. The timing isn’t right. What if she just never knows? Does she need to know? It’s not like she really needs to know?

“Hey, sweetie. What do we need to talk about?” she asked.

A month later we moved in together. “Your stress will go down once you get used to this,” she said.

Used to constantly lying to you and trying to hide my medication, I thought.

“So, I did have something to ask you,” Tara said. “Did you start taking anxiety medication?”

The medication wasn’t for anxiety although I had a decent amount of anxiety at that point. “I always have,” I said. “It helps me to sleep at night.”

“If there’s anything you want to talk about I’m always here for you.”

I stared at a spot on the floor which looked particularly interesting at that point in time. “I umm, yeah I do, have something.”

She sat next to me and put her hands on my face. “I love you,” she said.

“So what do you wanna talk about?”

“Just how beautiful you are,” I said.

She smiled and put her arms around my neck. “Is that all you want to talk about?” she asked.

My heart felt placid. I’m off the hook. “Yeah, that’s pretty much it.”

“I know when you’re lying,” she said. “You always look away from me. Liars can’t look people in the eye.”

“I ummm…. Of course you do I told you already,” I replied. We kissed and she pulled back.

“I looked up the reason for your prescription.”

I let go and slowly lowered myself to the couch. I put my arms around myself and stared at the ceiling. I felt like the couch would fall through the floor five stories to the basement next to the furnace.

“I don’t care that you have schizophrenia,” she said.

“I think it’s hot. However, what else have you been lying to me about?” she asked.

I didn’t feel like being anywhere near a single soul in the world. “Everything having to do with the illness,” I said quickly to mollify her.

“Oh, really,” I laughed. “I lied to you for the first year we knew each other.”

“Not exactly. I overheard a few of your phone conversations. You don’t realize how loud the phone is in the car,” she said. “So that’s what you wanted to talk about?”

I held her close and tears of relief trickled from my eyes. “That’s what I wanted to talk about.”

Steve Colori lectures and writes and has had schizoaffective disorder for over a decade. He has written a memoir entitled “Experiencing and Overcoming Schizoaffective Disorder” available on amazon.com. He has had short stories published in a number of journals and his website links to all his publications.