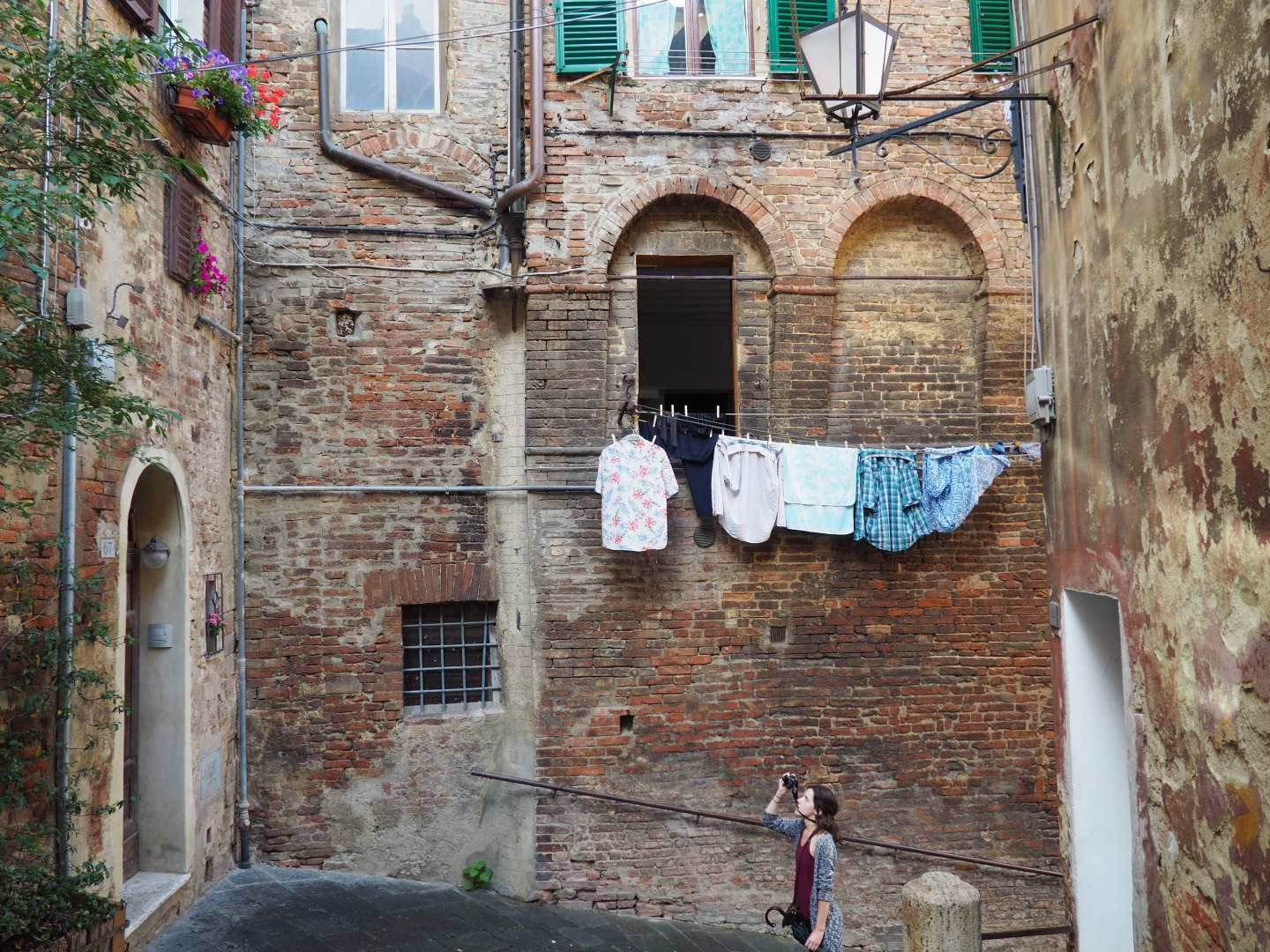 Her breath catches as she sees the pristine white handkerchief fall to the grass below the washing line. His embroidered initials stare up at her, their careful cursive now spotted brown from the wet earth. Rather than retrieve it quickly, she surprises herself by leaving it where it is whilst she pegs the rest of the washing out.

It has been seventy-three years since the war ended, and still he has not returned home. There was never any definite news of his death, nor any probable explanation for the silence that began in 1944 and has remained ever since. For the first few years, she imagined him in a hospital in Europe somewhere, his identification lost and his mind too shell-shocked to remember his own name, never mind hers. She dreamt of him returning to her, changed and weaker perhaps, but still hers. They had been childhood sweethearts and before he was old enough to sign up they had time to realise that they wanted to spend their entire lives together. Then he had followed the rest of the boys and left her behind, although she had never allowed herself to fear that he would not return. And with no news of his death, she has waited for him to find his way back to her.

But she is ninety-three now. She has been alone for three-quarters of a century, waiting for him. Every week she has washed the white handkerchief that she embroidered for him as a girl. No matter when he returned, she knew it would always be freshly washed and ironed for him.

Below the washing line, a large, brown circle has soaked into the white cotton. No amount of scrubbing will ever get it as white again; she has wasted her life waiting for a man who is not coming back. She is defeated, and her imagination takes advantage of this. She pictures him dying on a battle field, his body somehow not recognised or not found. He may have been captured by the enemy, his bones now buried beneath the European soil that she has never dared to set foot on. Or perhaps he deserted the army and started a new life elsewhere in the world, with a different girl. He could have lived a whole life without her, with children and grandchildren that she knows nothing of. Could he have returned to England, but not to her? She has spent her days believing that he might return, and now she sees that he will not. If he was alive now, he would be ninety-four. Would she even recognise his face if she were to see him?

Hannah England is a freelance writer living in Bristol, UK, with her wife and two young daughters. She is currently editing her first novel. She writes regularly for The Motherload and has also been published by SpillWords Press, RUNR, and Our Queer Stories. She blogs here and tweets here.