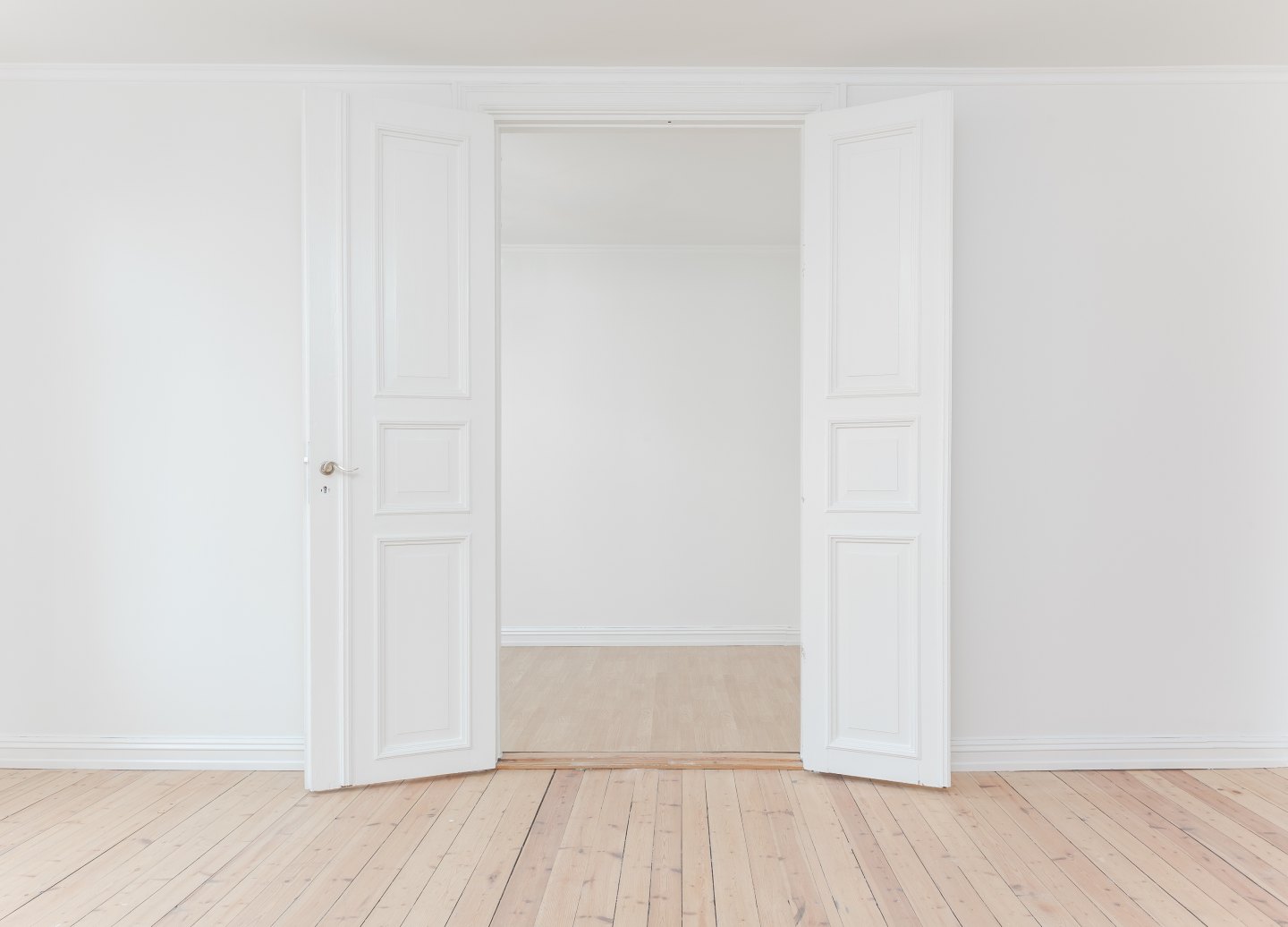 He was a lot older and drank too much. But there was no doubting his passion and sense of fun. Plus, he owned a house or six.

She was young and beautiful, legs up to the sky. But she had a brain. Plus, she was a renter with no hope of getting into the housing market.

His invitation to Paris didn’t require much thought.

They stayed the night before at the airport hotel. He ordered oysters and champagne and wore a purple G-string when he answered the door to room service. The young girl attendant was not amused. People were such prudes.

One dozen oysters and ten thousand bubbles later, the night duty manager appeared at the door to inform them that a complaint had been registered.

“Thanks for the update captain. Please duly note my attire.” He did a pirouette. “See? No genitalia visible.”

“Enjoy your stay Mr and Mrs Leadsworth.” He bowed at the hip and shuffled backwards.

“You wouldn’t marry me! Mrs Leadsworth? Pull the other one.”

“The future is a mystery!” he said. “Come here Miss, and we shall see.” He was crude, rude and oddly desirable.

Nobody questioned the current population of 14 billion. Why would you? That whizz kid from Kiribati, Jinny Jackson, with the ocean up to her knees, had single-handedly reversed climate change with her ingenious nano-tech carbon-scrubber that could be constructed from coconut fibre and bleached coral. And North Korea’s answer to Einstein, Hong Gildong, didn’t he change the game when he discovered in the bottom of his mother’s rice cooker a bacteria that could produce petroleum from human poo.

Need another car? Have another baby. Everything solved.

The Club of Rome was outlawed, any members still alive were publicly shamed. Limits to growth, how limiting!

Edward Leadsworth was wealthy. One of the one percent of the one percent. Champagne, oysters, male lingerie and a trip to Paris for two was spare change kicking around in the bottom of his wallet. For the plebeians though, this sort of extravagance would keep you in debt till retirement at ninety! Edward was fifty-three when his parents, aged ninety-five apiece, gassed themselves in the Bentley. He got the houses, the shares, and was doing his damnedest to spend the lot or give it away before he tumbled off this mortal coil. And wasn’t that pissing off the establishment.

His poetry thinly veiled his rage at the machine. Art was now the only way to speak out against the enslavement of the masses without getting locked up for treason. There was a clause in the law that exempted any such limits to free speech. Desiring total control, the oligarchs were bribing the politicians with free trips to Paris, amongst other things, in an attempt to slash this clause from the legislation. It would be the final victory. The silencing of all dissent would keep the sheeple ignorant; just as the whip of debt kept them bound to the grindstone.

She wondered why he, or anyone else for that matter, would want to go to Paris. He’d been there before. She’d seen the photo of him and that other woman on the Eiffel Tower.

“Was it the drinking?”

“No, I think it was my age. She wanted someone older, someone closer to death.”

The Eiffel Tower had only just been reopened. Now that the hot decades had been conquered – praise be Jinny Jackson – the old metal frame was deemed safe. Edward booked the trip to the city of love two years ago. This was about the same time Fujitsu collapsed due to falling world temperatures. Their stockpile of air conditioners stored in that trillion-dollar underground bunker became worthless overnight.

France had bucked world trends and put a limit on the number of people who could be in the city at any one time. Thus, the two-year waiting list. It proved to be a good move. New York, London and Rome ended up following suit. Especially after the crush at the Colosseum that killed 10,000 at first and then 200,000 in the ensuing riots. Rome was only just recovering. Ironically, as only Italians could do, they left blood stains on the steps of the old amphitheatre – a new history, says the tourism marketing spiel.

On their first night in Paris, when they talked about the tower, she made what she thought was a connection.

“Do you only date women with names starting with V?”

“Well I know about Vivian, and wasn’t your fourth wife, Veronica?”

“That’s just a coincidence. You’ve heard about Ursula. And, I once dated a Tanya.”

They went out and dined on the Champs Elysée. Even with the tightly regulated crowd control the city was as warm with humans. The night was cool, only 29 degrees.

In 2032, 33 and 34, Jinny was the most popular name for baby girls internationally. Hong never caught on for boys though.

“Do you want to walk to the Seine?” Edward asked Virginia.

“No. Sorry. Can we go back to the room? I’m getting a bit panicky. Too many people.”

He agreed. They went back to their suite and drank themselves silly on Pernod. Edward got up on the bed and recited what he claimed to be one of his first poems. It was about a boy eating alphabet soup and how he was disappointed that every letter tasted the same. The boy was incredulous, which he rhymed with Pegasus, and he vowed if it took him till seventy, with no heed for brevity, he’d find that one noodle would satisfy his doodle.

The next day the city was still cool and people thronged about. It was so busy that Edward had to buy the services of two burly men wearing striped muscle tees and red neckerchiefs to part the crowd so they wouldn’t miss their booking to ascend the iconic tower.

“We made it. Look at that Virginia.”

“It’s just like on that bank ad offering loans to poor people for that well-earned escape.”

He liked her cynicism. It was a breath of fresh air.

“Will you marry me?” It came out of the blue, just like that. She laughed. He explained he was serious, not delirious. She laughed again.

“I’ll sell that unit in The Cross and buy a pretty patch down south. We can have room to move. You can quit your job … get off that stupid housing list.”

She hesitated. He was a drinker and had been with maybe two or three girls from A to V. He only let on back to T, but she’d answered his phone one night when he was passed out on vodka. The conversation with Sarah about Rachel and Rita was revealing, to say the least. She never let on about it. She’d even forgot about it until she heard that alphabet soup poem.

“You don’t have to answer now. You can take your time. Go back to work and think about it as you punch in and punch out each day. I’m sick of the crowds. Paris stinks.”

They went back to the room and played music and dress ups. Edward stayed relatively sober and performed like he was decades younger. She slept and dreamed of snakes, millions of them.

In the morning he was sitting on the balcony and writing. He used a pen and paper; it was quaint. Virginia liked it, and she loved his poetry. It was raw and honest and clung to you long after he read it out loud in his passionate way.

The streets were still full of people, the economy was thriving, buzzing. Worker bees racking up astronomical debt. The cool wave, as they called it, was aspirational.

He saw her coming out of the bedroom. He stood and faced her, naked. Totally uninhibited, despite such attire being absolutely prohibited, he held out his arms to greet her.

“Wake up and smell the humans!” he declared at full volume.

She had not responded to his proposal, yet. But the unsettling hum of humanity down below and the stench of the species thick in the air was forcing her hand. She wondered if there were any Wendys or Winifreds in the wings. He was approaching the end of the alphabet, and there in the full regalia of nothing, he was stunning in his uniqueness. That pretty patch down the coast with this wealthy lunatic poet might just be the ticket.

Sean Crawley writes short stories, songs, non-fiction and the odd angry letter. He has been published online and in anthologies and has worked in education and mental health. His desk is currently located on the East Coast of Australia. He blogs here. His Facebook page is here.