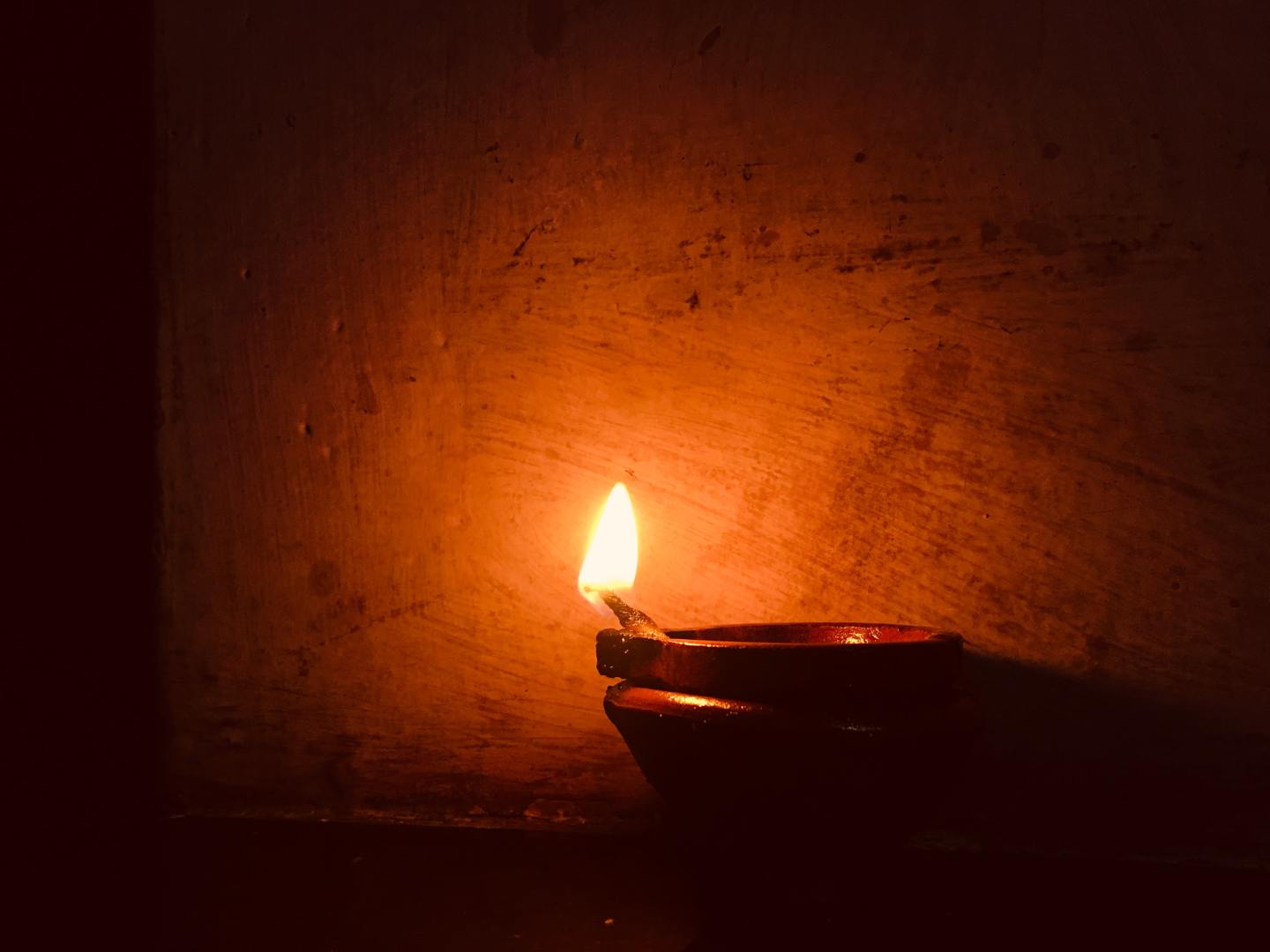 “So, you think you’re big and bad, huh? Okay, buddy boy, let’s see just how big and bad you really are.”

Our father drew two White Owl Miniature cigars—the long, thin, ones from the box on the counter, and unwrapped one of them. He extended the other to my older brother, Charlie.

I watched from the doorway as Charlie’s hand began to move. Mom had just caught him smoking in the parking lot behind our house with one of the neighbor kids. He’d denied it hand on heart before hooting and hollering, as was his custom whenever he’d gotten into trouble, but it didn’t make a difference this time because he’d been spotted straight. Now Dad was going to make him pay by having him sit there on a stool and smoke till he got sick. Mom, however, didn’t approve. In fact, she’d become livid with the old man and harangued him right there in front of us before storming off to their bedroom, claiming he was no better and condemning the punishment as cruelty. She accused him of undermining her genuine concern with what she called limitless inaninity.

With our mother out of the room, a fiendish grin spread across my father’s face. Charlie accepted the cigar and unwrapped it. Our father slowly withdrew his cutter from his shirt pocket, methodically inserted the tip of his own cigar, and snipped the tip.

Charlie extended the tip of his own cigar, but Dad straightened his back. “Oh, you don’t need this,” he said, dropping the cutter back into his pocket. “You’re a strapping young lad. Go ahead. Bite it off.”

My brother’s nostrils flared, not unlike when he’d been told to eat something on his plate he despised. He looked at the cigar and then up to our father, who held his gaze steady. Charlie raised the tip and bit but didn’t cut all the way through. Our father gestured by raising his own cigar to his mouth and pulling it to the side as if tearing it. Charlie clenched his teeth and tore, leaving a crude, gnarled end. A moment later the color drained from his face.

My father’s smile widened. “Go ahead and spit it out.”

Charlie spit the leafy wad into his hand, and Dad fished his Zippo from his jeans, cracked it open and lit his own cigar. He puffed and puffed until the head glowed bright and smoke billowed, and then he held out the Zippo toward my brother and re-ignited the fire.

Charlie held the cigar to his lips and leaned forward. As he drew the flame in, smoke exited the sides of his mouth.

“Don’t just puff,” Dad said. “Breeaathe it in.” He demonstrated by inhaling the smoke deeply, holding it in his chest and then exhaling one long, steady stream above Charlie’s head.

Charlie did as he was told, and our father appeared to delight in seeing his son burdened with holding that stinky, heavy smoke in his lungs. When he exhaled, Dad’s brow softened in an odd manner. “Attaboy,” he said. “Now you’re doin’ it.”

The two of them smoked, our father performing little tricks like blowing rings or letting the smoke trickle from his nostrils and Charlie doing hist best to mimic him and to maintain his brazen I-can-handle-whatever-you-throw-at-me attitude, but it was clear by his complexion and the diffident way he pulled on the cigar that he was growing sick.

“You okay there, buddy boy?” my father asked over and over. “Because you don’t look so good. You know you don’t look great. You’re sure you’re okay?” And every time Charlie nodded his brow flattened and lowered further and further.

“Okay, okay,” my father said, raising his hands in front of him. “I have an idea. Let’s play a game. A wager actually. A bet between men. You are a man, right?”

“You could make a couple bucks. Let’s see what we have here.” Dad produced his wallet and removed a crisp twenty. “Well?” he said and blew a cloud of smoke in Charlie’s face. “What do you say?”

Charlie winced only slightly and kept his eyes locked on our father. “I’m listening,” he said, his voice now taut.

The old man snapped his wallet shut, returned it to his back pocket and then stretched the bill in front of Charlie’s face. “You see Andrew Jackson here? I’m gonna try to burn a hole right through his face with my cigar, and I bet you that you’ll beg me to stop before I succeed.”

Charlie thought it over and then smirked. “But won’t that make it no good? You can’t spend money with a hole in it.”

“Sure you can,” the old man retorted. “It’s not torn in half. You still have both serial numbers. Still legal tender. It’ll just be a little—well, defaced. You see? There’s no trick here.”

Charlie studied him and even puffed on his cigar while he thought. Our father flourished the bill and fluttered his eyebrows. “You’re on.”

“Alright. Go ahead and take few deep drags on that cigar before we start.” Charlie did so while Dad ashed his cigar and then puffed until the head burned bright red. He then held up the bill ceremoniously and started to move the head of the cigar toward it. When he was a few inches away he stopped. He then put the cigar in his mouth, pulled up the right sleeve on Charlie’s t-shirt and wrapped the bill tightly around his upper arm, with Andrew Jackson’s face right on the meat of his shoulder. Charlie tried to pull away, but our father held tightly. “Don’t you move,” he said.

Charlie stopped struggling, and soon beads of sweat appeared on his forehead. My father’s tone had changed. He held the bill tightly against Charlie’s skin with one hand. With his free hand, he removed his cigar from his mouth, ashed it on the floor, and brought it to within an inch of Jackson’s face. “You ready, buddy boy?” The corner of Charlie’s eye twitched. “Now remember the rules. If I burn a hole through and you don’t quit, you win. But if you beg me to stop before I’m done, you lose.”

“Here we go.” As he brought the cigar close to the bill, my brother started to tremble. Jackson’s face browned slightly, and Charlie hissed. “Oh, come on,” Dad said. “We’re just getting started. Here,” he said, “we’ll speed this up.” At that he brought the cigar closer, and Jackson’s face darkened considerably. Charlie tried to tug his arm away, but our father held him in place. “Don’t do it. You’ll lose if you do. Do you want to lose?”

“No! Charlie grunted. His eyes had become red and wet, and his mouth contorted.

“Ooh, we’re almost there,” Dad said. “I think you’ve got a shot here.” And then he set the cigar directly against Jackson’s face.

Charlie held strong for a moment while his entire faced turned red. Then he gave a little cry and jumped away. His cigar fell. The bill fluttered to the floor. Our father bent down and retrieved both. He outed the cigar in the sink and then held the bill up to the light. Charlie watched from the corner of the kitchen, his hand covering his upper arm.

Our father exhaled heavily and made a tsk-tsk sound. “Almost,” he said and displayed the bill to Charlie. Jackson’s face had blackened, was unrecognizable even but was still clearly intact. He walked over to Charlie and took hold of his arm. “Let me see.”

Charlie lowered his hand and revealed a brilliant pink blister.

“There’s really no way you could’ve won, not unless you were a real sicko.” He looked closely at the blister. “No air underneath the bill, so it can’t burn through easily. You’d have to pretty much burn away the flesh underneath first to make space. That’s the trick.”

Charlie’s face changed. “I thought you said it wasn’t a trick.”

Dad let go of his arm and pocketed the twenty. “I lied. And if you want to do grown man things, you’re gonna have to deal with the things grown men do.”

Charlie shoved his way past our father and then me at the threshold. He spent a long time in the bathroom. Fairly sure he got sick in there. He never talked about what happened that day, never told anyone, not our mother, not even as an adult—people in bars would notice the perfectly circular scar on his arm and point at it and say I bet there’s a story there, but he never cracked. He’d look them right in the eye and say it was just his vaccination scar from when he had first enlisted, which was something he had never done. But if they wanted stories, he’d continue, he could offer slathers about what had happened afterward